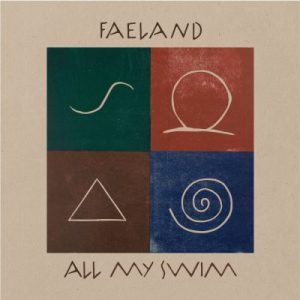 All My Swim is the debut LP from Faeland, Bristol-based modern folk duo Jacob Morrison and Rebecca Nelson. All My Swim reached the top album of the year lists for Folk Radio UK, Shire Folk Magazine and BBC Introducing (Sam Bonham), and received critical acclaim from a host of others, including Uncut. Lead singles We’re Just A Love Song and All My Swim have frequently been played by BBC 6Music radio DJs Gideon Coe and Tom Robinson.

All My Swim is a beautiful selection of original, modern folk compositions influenced by music from both sides of the Atlantic. It gives the duo’s personal spin on classic themes of humanity, such as love, healing, and magic. Despite tackling difficult themes and life experiences, there is a strong vein of optimism running through the music of Faeland. Key musical influences include classic artists such as Joni Mitchell, Fleetwood Mac, Nick Drake and Paul Simon, alongside more modern stars like First Aid Kit, Gillian Welch/David Rawlings, Bon Iver, R.E.M., Nick Mulvey and Hem.

Get your CD or digital copy here now: FAELAND SHOP